“I meant what I said and I said what I meant !”

It is easy to forget what your children actually and did and didn’t do when they were young. I have heard many a grandmother (including my own mother) tell their children, regarding their grandchildren:

“I don’t remember that I ever let you do that

when you were his age”.

How selective the grandmother’s memory can be !

Little boys have such a fascination with “bad” words. It was illustrated so well in the timeless movie “A Christmas Story”. The punishment for bad words was a mouthful of soap.

Well, one of my sons reminds me that I had a ‘zero tolerance’ policy for bad words when he was a little boy and whipped out the soap at the use of the word “poo”. While I can’t remember doing that, I do know that the ‘bad words’ a particular little grandson has recently embraced while playing with his friends, would make anyone scream like Mrs. Schwartz in A Christmas Story and reach for the soap.

So, I wrote a story about Henry . . . a boy who said bad words. Henry ended up losing all of his friends, spending his birthday alone and making his family very sad. Even Henry’s dog packed a bag and left home. I illustrated the book with paper scraps and gave it to my little grandson. I read it to him when I delivered it and hoped that he could made the connection. But, he said things like:

But I am not sure that the story every reminded him of himself !

My daughter worked on the soap thing for a time, and one day he let the bad words slip out while I was there. She picked him up under her arm, carried him to the kitchen sink and reached for the bottle of liquid soap. (does anyone have bars of Ivory soap anymore ?) We both realized that it wasn’t working when he said:

. . . so much for the fear of the soap treatment ! When you start making Bubble Gum Scented Soap . . . everything changes ! 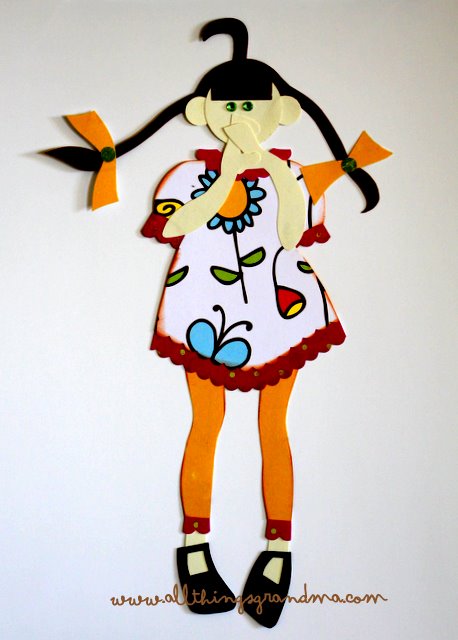 “If the person you are talking to

doesn’t appear to be listening, be patient.

It may simply be

that he has a small piece of fluff in his ear.” 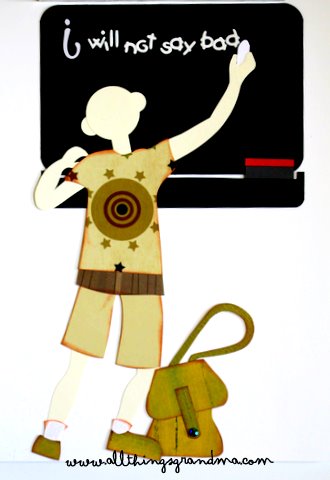 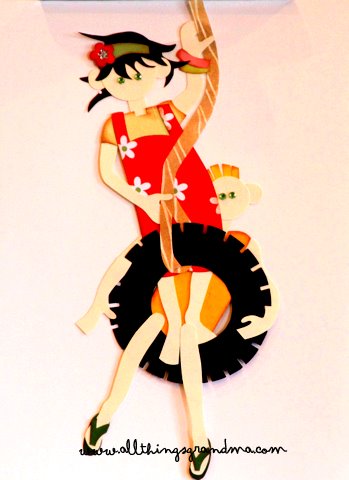 “Even Henry’s friends wouldn’t let him swing with them.”